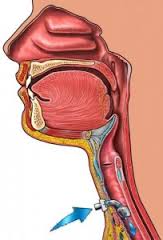 Abstract
Infectious complications represent a relevant postoperative problem of total laryngectomy; their incidence range from 40 to 61% of cases. The aim of this study is to evaluate incidence, predisposing factors and treatment of postoperative infections.
This study was conducted on 122 patients subjected to total laryngectomy and neck dissection from January 2005 to December 2014. All patients practiced antibiotic therapy with Imipenem or Ceftazidime. In case of infection, antibiotic therapy was integrated with a second drug (Teicoplanin and Levofloxacin respectively) waiting for swab results. Different variables, including age, diabetes, postoperative albumin levels, preoperative radiotherapy, previous partial laryngectomy, tumor stage, surgeon and antibiotic therapy protocol were analysed. Statistical comparison of categorical variables was performed by chi-square test and Odds Ratio.
The infection was observed in 28 cases of 122 patients (23%); the most frequent causative agents were Pseudomonas aeruginosa and Staphylococcus aureus. Empiric antibiothic therapy resulted exact in most of cases. Moreover, in this study, the association between Imipenem and Teicoplanin has resulted more effective than Ceftazidime combined with Levofloxacin to eradicate infectious complications.
Preoperative radiotherapy, previous partial laringectomy, tumor stage are resulted negative prognostic factors for postoperative infectious complications. Conversely age and diabetes resulted non-significatively associated to postoperative infectious complications.

Introduction
Infectious complications represent a relevant postoperative problem of total laryngectomy both for increased morbidity and health care costs (1, 2).
In literature infection rates range from 40 to 60% ( Nixon IJ 2006 and Jeannon JP 2010), Scotton in 2012 (3) revealed an incidence between 40- 61% of cases despite the use of preoperative prophylaxis.
The most common bacteria responsible for surgical site infections in the head and neck are Staphylococcus aureus and epidermidis, Streptococcus species, Pseudomonas aeruginosa, Enterobacter aerogenes, Escherichia coli, Bacteroides (anaerobic), Fusobacterium (anaerobic) (Scotton 2012, Bochud PY 2001, De Campora 2000, Weber RS 1997) (3-6).
In literature, five classes of surgical site infections were defined (Johnson JT, 1996 and 1987) (7, 8), ranging from a regular post-operative condition– 0, to the pharyngo-cutaneous fistula (PCF) – 5. In particular:
• 0: no erythema or induration of the surgical wound;
• 1: presence of erythema around the suture line limited to 1 cm;
• 2: presence of erythema and induration between 1 and 5 cm;
• 3: presence of erythema greater than 5 cm and induration;
• 4: purulent drainage, even spontaneously, by wound or self- priming drainage or during aspiration of secretions by drainage;
• 5: pharyngo-cutaneous fistula (PCF) or muco-cutaneous fistula.

In the literature Authors have studied severe predisposing factors (age, sex, tumor site, TNM, previous radiation therapy, previous tracheotomy, comorbidity, nutritional status etc…) and it is discussed their role (3, 9-11).
The aim of this study is to evaluate incidence, predisposing factors and treatment of postoperative infections.

Materials and Methods
This study was conducted on 122 patients (114 M and 8 F, average age 64,8 years) subjected to total laryngectomy and neck dissection for laryngeal carcinoma from January 2005 to December 2014. The 122 total laryngectomies were performed in 2 different Departments of Otolaryngology in Naples: 73 at Policlinico Federico II and 49 at Cardarelli by 3 different surgeons. A nasogastric feeding tube was inserted before operation.
All patients practiced antibiotic therapy from the day of surgical intervent by Imipenem 500 1fl /12h or Ceftazidime 1g 1fl/12h; in particular 65 patients was treated by Imipenem and 57 by Ceftazidime.
There were considered infectious complications all the clinical presentations corresponding to the 4th or 5th class according to Johnson’s classification (1996). In these cases were practiced a wound swab. It was used to make Gram stain smears and after the same was inoculated into blood agar, MacConkey agar and mannitol-salt agar, and incubated at 37°C for 24–48 hours in aerobic and microaerobic conditions. Identification of Gram positive bacteria was done using Gram stain, hemolytic activity on sheep blood agar plates, catalase reaction and coagulase test for Gram-positive bacteria. Gram-negative bacteria were identified based on colony morphology on blood agar and MacConkey agar, followed by biochemical reactions namely oxidase, triple sugar iron (TSI), Sulphur Indole and motility (SIM), citrate and urease tests. After identification of bacteria isolated, a standard disc diffusion technique for drug susceptibility test (DST) was performed .
In infectuos cases, before DST results, an empiric therapy with Teicoplanin 400, 1 fl/24h in addiction to Imipenem 500 1fl /12h or Levofloxacin 500 1 fl /24h combined with Ceftazidime 1g 1fl/12h was carried out.
It has been evaluated a series of variables, including age, diabetes, postoperative albumin levels, preoperative radiotherapy, previous partial laryngectomy, tumor stage, surgeon and antibiotic therapy protocol (Fig. 1).
Statistical comparison of categorical variables was performed with chi-square test (p value less than 0.05 was considered significant, ? = 0,05) and Odds Ratio.

Patients results related to the considered variables both in cases and controls are reported in Table 1.

VARIABLES Classes Infections/28 Controls /94 p value (? = 0,05) Odds ratio
Age > 60 16 55 Ns
( ?2 0,02 – p 0,89)
OR 0,95
< 60 12 39
Diabetes Si 11 28 Ns
( ?2 0,89 – p 0,34) OR 1,53
No 17 66
Postoperative albumin < 3,5 g/dL Si 16 32 ?2 4,82 – p 0,028 OR 2,58 No 12 62 Previous RT Si 15 26 ?2 6,49 – p 0,01 OR 3,02 No 13 68 Previous surgery Si 9 11 ?2 6,58 – p 0,01 OR 3,57 No 19 83 Surgeon Surgeon A 10 34 ?2 7,897 – p 0,01 – Surgeon B 6 42 Surgeon C 12 18 TNM T3 7 39 ?2 8,28 – p 0,01 – T4 18 32 Piriform sinus 3 23 Antibiotic therapy Imipenem 9 56 ?2 6,52 – p 0 .01 OR 0,32 Ceftazidima 19 38 Table 1: Variables considered in cases and controls. Ns: not significant. Only in two cases of 28 patients (7%) this postoperative complication didn’t resolve spontaneously, so it was necessary a surgical solution with a delto-pectoral flap reconstruction. Discussion and Conclusions The percentage of infectious complications in this study is 23% according to literature, this percentage is decreased in the last years because of adequate antibiotic therapy and of better surgical techniques. Post-operative surgical site infection is a continuing concern for today’s surgeons both for anatomic complexity of head and neck district, and for increased morbility (12). In this study the most frequent causative agents were Pseudomonas aeruginosa and Staphylococcus aureus, according to Jeannon et al 2010 (13). There are some general factors that can lead an infection by these bacteria, among them Head and neck oncological patients are prone to Staphilococcus aureus infection because of prolonged hospitalization, intravascular catheterization, compromised host immunity, prior antibiotic therapy, prolonged operative time and previous tracheotomy (13). Authors have evaluated different specific variables that can influence an infectious complication after total laryngectomy; in particular are resulted statistically significative postoperative albumin levels, preoperative radiotherapy, previous partial laryngectomy, surgeon, tumor stage and antibiotic therapy (3). Conversely age, diabetes resulted non-significatively associated to postoperative infectious complications; probably because of adequate glycemic control. Furthermore in literature there are some conflicting results on the relationship between albumin levels and infection. The authors, according to Scotton, consider albumin levels less than 3,5 g /dl a predisposing factor for wound infection because indicate an inadequate nutritional status. In this study patients with low albumin levels had an incidence of infection 2,58 times greater than patients with albumin levels >3,5 g/dl.
As regard previous radiotherapy, many authors sustain that it is implicated in postoperative infectious complications (9-11). In our study patients submissed to RT before surgical intervent had an incidence of complications increased of 3,02 times versus patients that hadn’t this treatment; probably because of acute inflammatory response of these tissues to surgery with impaired healing and increased risk of infection.
The role of previous surgery ,tumor stage and surgeon are controverse in literature (9-11). In this study patients submissed to previous surgery had a probability of infection greater of 3,57 times versus contropart.
Advanced tumors may indirectly cause fistula formation when local tumor extension in the hypopharynx demands wider excision, results in a lack of sufficient tissue with which to perform the pharyngoplasty and lead to local tension, in a similar way in previous surgery.
Empiric antibiothic therapy resulted exact in all cases except two in which, according to swab results (positive for S. aureus), was necessary practice association Imipenem and Teicoplanin.
In conclusion, the obtained results show that therapy with Imipenem is a protective factor from postoperative infections (OR 0,32), so the Authors propose this therapeutic protocol post total laryngectomy:
Imipenem 500 1 fl / 12h associated with Teicoplanin 400 1fl /24h in cases of infection, in expectation of microbiological results ; and an adequate nutritional support with controlled enteral feeding. 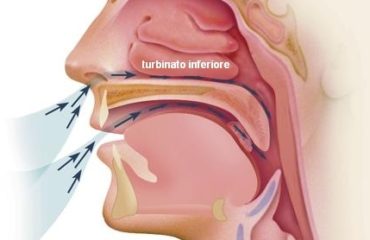 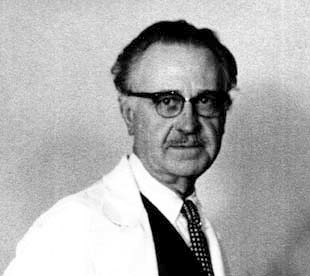 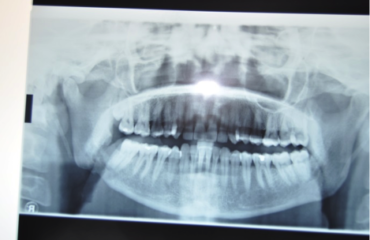